From the Vault:
The FDNY Life Saving Corps. In 1882 the FDNY purchased the first scaling ladders from Chris Hoell of the St. Louis Fire Department. He was brought in to teach the first classes.
In 1883 General Orders #4 stated: The Life Saving Corps, will be devoted tom instruction and training in handling and using scaling ladders, life lines, etc. and all other life saving appliances now in use or here in after introduced.
This was half of the School of Instruction, the other part was general instruction in the duties of a fireman. There was also classes for engineers (steam engine pump operators), company commanders and other officers.
The engraving schools the Corps during a demonstration, scaling ladders and a roof rope rescue. The ladders are gone…but the ropes remain! Paul Hashagen
www.gettinsaltyapparel.com 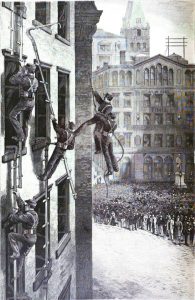 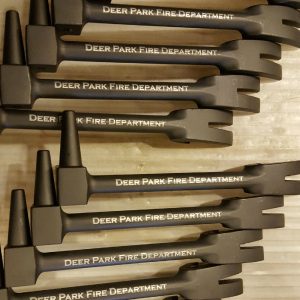 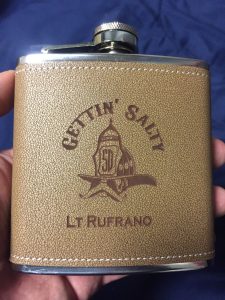 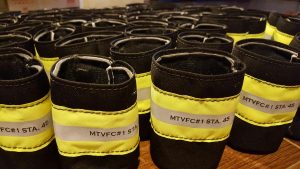 Firefighter gifts Ideas for Retirement, Graduation or Christmas! Shop Gettin Salty & Co. for the perfect Firefighter gift. Here are some foolproof gifts for firefighters that will have them wondering how you always manage to pick just the right gift. www.gettinsaltyapparel.com 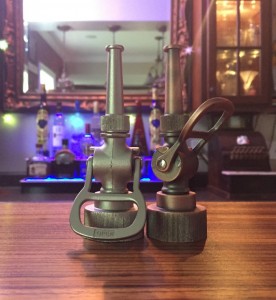 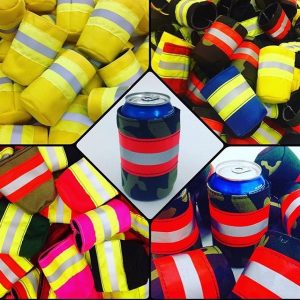 From the Vault:
The first motorized apparatus of the FDNY was a 1909 Knox high-pressure hose wagon, shown here in front of Engine Company No. 72 at 22 East 12th Street (today the Cinema Village theater). This hose wagon was one of the first three firefighting vehicles to simultaneously arrive on the scene of the Triangle Shirtwaist fire on March 25, 1911. Pretty salty guys. By Lou Rufrano. Check us out www.gettinsaltyapparel.com 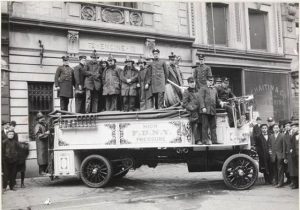 From the Vault: FDNY Hook & Ladder 7, taking up. Nice lookin team! Manhattan NY. Photo By the Hash. Stay Safe but Salty.
👉Check us out at www.gettinsaltyapparel.com 🔥 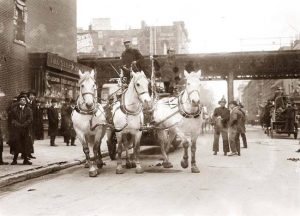 From the Vault:
Hook & Ladder Co. 137 in 1915. Their rig is an 1913 American La France. The company was stationed at 243 Beach 116th Street in Rockaway Park. This company responded on the second alarm (only one ladder on the first alarm) to the Arverne conflagration on June 15, 1922. That job went to 5 alarms, using 24 engines and 7 ladders. It was no day at the beach!
Article by Paul Hashagen
Be sure to check us out www.gettinsaltyapparel.com 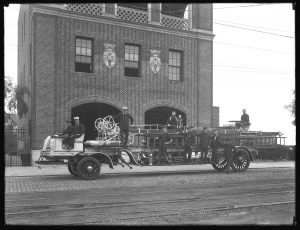 From the Vault:
Aug. 29, 1955: A relieved mugging for the camera, after two firemen, Malachy Cox, left, and Gilbert O’Neill rescued Eugenie Ward of Chicago from her burning room at the Madison Hotel on 58th Street. While the two men were making their dramatic rescue, Otto H. Knocenhauer, deputy fire chief in command of the Fire Department’s Third Division, was overcome by smoke in a vain attempt to reach Mrs. Ward’s locked room.
www.gettinsaltyapparel.com 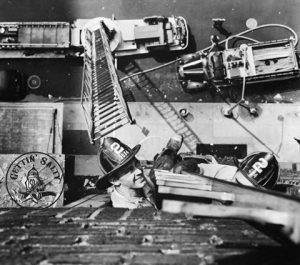 New Historic Antique Fire Hose Nozzle Bottle Opener
This Historic Fire Nozzle bottle opener was inspired by the Elkhart Brass Manufacturing Company nozzle of 1917.  The ‘open’ and ‘closed’ shutoff handle operates to open any bottle and help you put out your fiery thirst!  This vintage nozzle weighs an impressive 10oz. and is 6 inches long. The antique plated cast metal bottle opener looks like its been through the war years.
This is one thing you just can’t pass up, whether it’s for you, or the guys at the house.
Great for behind the bar, a man cave, paper weight on your desk or just for a conversation piece.
If you can’t get into your beer with one of these, you certainly can’t make the last room!!!

Made by firefighters for firefighters! This piece is a perfect bit of fire department history for any collector or firefighter.
Get One Here===>Nozzle Bottle Opener
Perfect for Installation Dinners, Company Parties, Golf Outings, Wedding Favors and Dinner Dances. Contact us for BULK pricing!! Dog days of summer at the bent tip.

👉👉Check us out at www.gettinsaltyapparel.com 🔥🔥 From the Vault:
A member of Rescue 1 drilling with a Lyle Gun in 1940. This rope rifle was used to shoot a small line to a distant point, (roof of a building etc.) attached to the cord was a thicker rope. That rope could be used for rescue purposes or to haul equipment. In 1915 the rope rifle also became one of the insignia of the newly formed rescue company. Traditionally the engine officer wore a badge with silver trumpets, the ladder companies wore silver axes, and now the rescue wore a rope rifle, a smoke helmet and a coil of rope. The captains had two rifles, trumpets or axes. Paul Hashagen FDNY Author
www.gettinsaltyapparel.com